Waltham has been called “watch city” because of its association with the watch industry. Waltham Watch Company opened its factory in Waltham in 1854 and was the first company to make watches on an assembly line.

In recent times, Watch City has morphed and changed along with the population. Now we are in a different time of growth. This site is here to help spur on the growth that reflects all of its residents.

I grew up on Felton street and I had to cross the bridge on my way to school to and from. I was about 12 and I had a dream that I got to the bridge but there was no water on the river. Instead the river banks were lined with diamonds and it gloriously glittered and sparkled.

I have been a working artist in Boston, Maine, and other places for more than 30 years. My media of choice is mosaics, but I have had photographs published in a variety of places. I didn’t think of the dream again until after I had worked in mosaics for a number of years now. I use stained glass and mirror pieces and my work sparkles and glitters and I had an epiphany a few years ago to mosaic the sides of the Moody St bridge remembering the dream. Now that I have returned to my city of origin, I feel more empowered to do something for my home town.

Want to See a Beautiful Waltham?

We are a new organization helping to build a more beautiful Waltham. And got slightly with Covid-19 like everybody else. But we're back and out and about. Where are we scoping? The river front. The shops. The local art. We want to highlight it all. 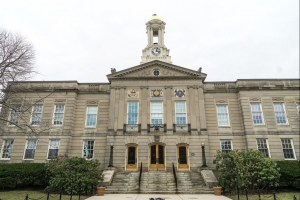